Plenty of goals and excitement on the first day

EMF EURO 2018 kicked off with the interesting meeting between 2016 European Champions Kazakhstan and Albania who played in EMF EURO for first time in their history. Albania were a difficult opponent but Kazakhstan managed to win 1-0 and start the tournament on the right foot. > Full match details. 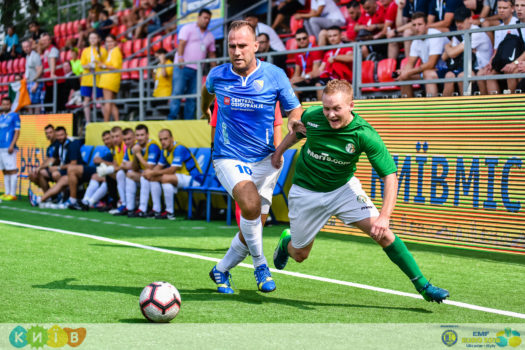 Ireland returned to EMF EURO after a two years and had a tough opening against the strong team of Bosnia and Herzegovina and lost 3:1. > Full match details.

In the first match of group A, Belgium hoped to surprise Slovakia, but Slovakians were better prepared and experienced which enabled them to secure an easy 4:1 win. > Full match details.

In the 2nd match of group D Hungary managed to gain a tough win against newcomer Azerbaijan 1-0 after a disputable penalty. > Full match details. 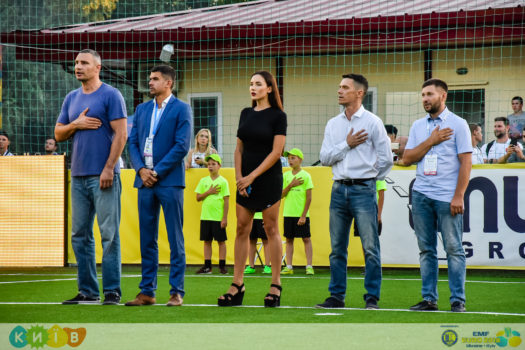 As the sun started to set down the stadium filled up for the opening ceremony attended by Kiev City mayor and formal world famous boxers Vitaly Klichko. 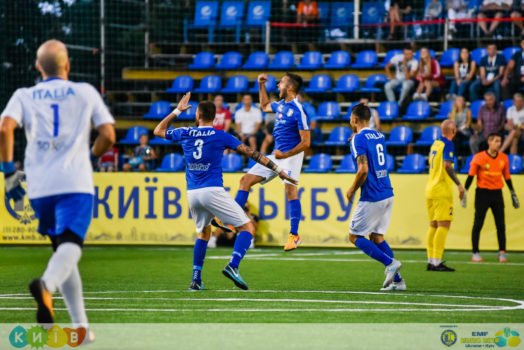 After the opening ceremony and in front of a full stadium, as home team Ukraine took on Italy. It turned out to be an awful experience for the host team, suffering a painful 3:6 defeat. > Full match details.

Last two matches were from group B, probably one of the strongest groups in the tournament. The two great soccer nations of Spain and England have shown really decent minifootball which resulted in a 2:2 draw. In such cases it is common to say that friendship won, but in fact spectacular minifootball has won. > Full match details.

Last match of the day was between Romania and Austria. The Romanian favorites had to work hard against a well-organized Austrian team to secure an important 2-0 win in their opening match. > Full match details.