Football In the UK – History and Famous Leagues 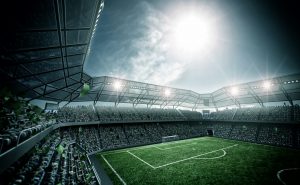 Football in the UK as well as other sports we know and love today have survived an extraordinary test of time. The Olympics are a testament to that – they originated in ancient Greece and survive even now, albeit in quite a different format. Carrying on with that point, sports have evolved over the years, Now almost none of them are similar to the ones that were played at their genesis.

Football absolutely falls into this description. What we know is that organized football in the UK these days is rather different from the game played centuries ago at the first kickoff. The history of football is fascinating, as is the growth of the best leagues in the country. So, let’s take a moment to appreciate the fascinating history of football.

The Early Years of Football in the UK

You might be thinking that football dates way back to the 1800s. You’d be wrong. Football is technically far older than that.

You’ve watched matches before – some games can be downright dangerous. To some fans, it’s basically a religion. There’s a reason that was brought up just now. That same roguishness attached to the sport at times has firm roots in the history of the sport. One of the very first official references to football came with a decree in 1314. At this time, King Edward II declared that football should be banned.

It was originally only a complaint about “certain tumults arising from great footballs in the fields of the public…”. Soon thereafter, football was banned because young people were far more interested in playing football than they were in practising their archery.

For several hundred years, “foteball” was illegal across the country. With each passing ruler, the torch was passed on. At that time of the laws tossed football into the same category as activities like bear-baiting, cock-fighting, horse racing, and wrestling

However, sometime in the 17th century the game finally shined through as a national pastime. After Oliver Cromwell in 1658, football slowly emerged from the ban and started being respected as a sport.

While betting on football matches is relatively recent, it more than likely took place at various matches without many records being taken, just like the matches themselves. The concept of sports spread betting UK fans could participate in didn’t catch on until 1974. But it wasn’t until many years later that sports spread betting in the UK became popular.

The Evolution of Foorball Rules

The rules were not always the same either if you can imagine. In the 18th century, there was a record of a match being held in Ashbourne, Derbyshire. Where there were two teams consisting of whoever lived in the town. Not only that, but the goals were three miles apart. Modern pitches may seem like a hike, but that beggar’s belief!

Football was mostly popular among public schools, and this gave rise to fixed teams and inter-school competitions. However, each school up to that point had set its own rules. Since the rules differed from one school to the next, Cambridge University held a meeting in 1848. At this meeting group of schools came together with their rules, and they all agreed on a set of rules to be used in school matches.

Then another set of rules were put together in 1862 at Cambridge University. However, these rules were mostly refused by school players. Even though they weren’t well liked, this was the first time that “umpires” were instituted in the fashion used today – one from each side and one neutral umpire. This was also the first time a set of widely accepted rules included an offside rule. Though this rule dictated a man could be passed to from behind as long as three opponents stood between him and the goal.

As you may have expected, football had generally been a fierce game with no or minimal restriction to the use of force allowed to retrieve the ball from the other team. A teacher from Uppingham, John Charles Thring, published a set of rules which limited the use of force allowed in a game. Several teachers were, understandably, fond of including these rules so that studies weren’t harmed by various injuries.

Finally, in 1863, the Football Association was established. Their goal, of course, was to create a unified set of rules for football in the UK and manage these rules. That would allow not only schools but other towns could host matches without conflict of understanding one team’s rules over the other’s. It wasn’t until The Cup was first conceived in 1871 that a set of rules closely resembling the current rules was drafted. Though the rules have of course changed time and time again over the many years since.

The Premier League – the most popular professional football club in the country – was not created until 20 February 1992. The idea was to conduct a radical restructuring of football so that the game could grow. This was decided as necessary due to the fact that European leagues were thriving while the sport in the UK fell behind.

The history of football in the UK is extraordinarily colourful. It only strengthens the emotions of being at a match and knowing that, at one time, this event would have been banned by the Crown. The evolution of the rules also sparks some interest. Especially when you consider how outrageous some of the matches were. Despite all the suppression, football is and will remain one of the most beloved sports in the world.